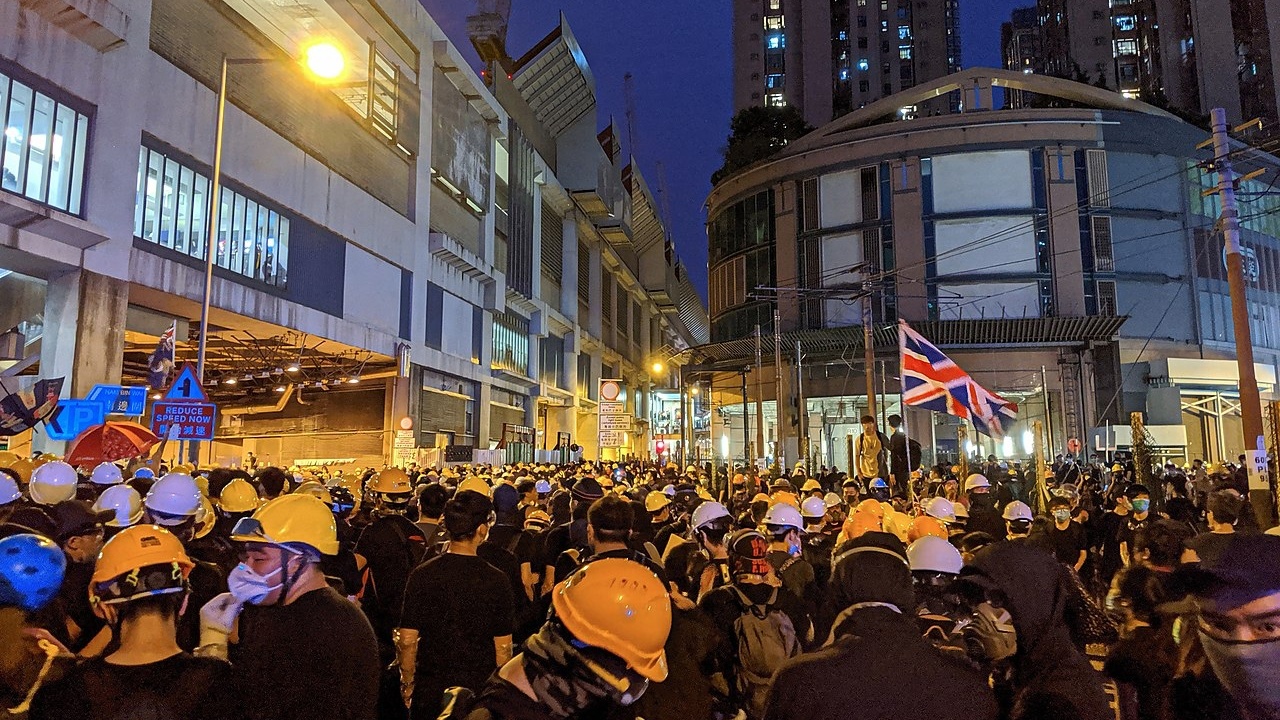 The Hong Kong protesters flocking to the streets in opposition to the Chinese government have a new symbol to display their defiance: the Stars and Stripes. Upset over the looming threat to their freedom, the American flag symbolizes everything they cherish and are fighting to preserve.

But it seems our president isn't returning the love.

Trump recently doubled down on the United States' indifference to the conflict, after initially commenting that whatever happens is between Hong Kong and China alone. But he's wrong — what happens is crucial in spreading the liberal values that America wants to accompany us on the world stage. After all, "America First" doesn't mean merely focusing on our own domestic problems. It means supporting liberal democracy everywhere.

The protests have been raging on the streets since April, when the government of Hong Kong proposed an extradition bill that would have allowed them to send accused criminals to be tried in mainland China. Of course, when dealing with a communist regime, that's a terrifying prospect — and one that threatens the judicial independence of the city. Thankfully, the protesters succeeded in getting Hong Kong's leaders to suspend the bill from consideration. But everyone knew that the bill was a blatant attempt by the Chinese government to encroach on Hong Kong's autonomy. And now Hong Kong's people are demanding full-on democratic reforms to halt any similar moves in the future.

After a generation under the "one country, two systems" policy, the people of Hong Kong are accustomed to much greater political and economic freedom relative to the rest of China. For the protesters, it's about more than a single bill. Resisting Xi Jinping and the Communist Party means the survival of a liberal democracy within distance of China's totalitarian grasp — a goal that should be shared by the United States. Instead, President Trump has retreated to his administration's flawed "America First" mindset.

This is an ideal opportunity for the United States to assert our strength by supporting democratic values abroad. In his inaugural address, Trump said he wanted "friendship and goodwill with the nations of the world" while "understanding that it is the right of all nations to put their interests first." But at what point is respecting sovereignty enabling dictatorships? American interests are shaped by the principles of our founding: political freedom, free markets, and human rights. Conversely, the interests of China's Communist Party are the exact opposite. When these values come into conflict, as they have in Hong Kong, it's our responsibility to take a stand for freedom — even if those who need it aren't within our country's borders.

Of course, that's not a call for military action. Putting pressure on Hong Kong is a matter of rhetoric and positioning — vital tenets of effective diplomacy. When it comes to heavy-handed world powers, it's an approach that can really work. When the Solidarity movement began organizing against communism in Poland, President Reagan openly condemned the Soviet military's imposition of martial law. His administration's support for the pro-democracy movement helped the Polish people gain liberal reforms from the Soviet regime. Similarly, President Trump doesn't need to be overly cautious about retribution from Xi Jinping and the Chinese government. Open, strong support for democracy in Hong Kong not only advances America's governing principles, but also weakens China's brand of authoritarianism.

After creating a commission to study the role of human rights in U.S. foreign policy, Secretary of State Mike Pompeo wrote last month that the principles of our Constitution are central "not only to Americans," but to the rest of the world. He was right — putting "America First" means being the first advocate for freedom across the globe. Nothing shows the strength of our country more than when, in crucial moments of their own history, other nations find inspiration in our flag.

Let's join the people of Hong Kong in their defiance of tyranny.