From the good folks at TMZ... 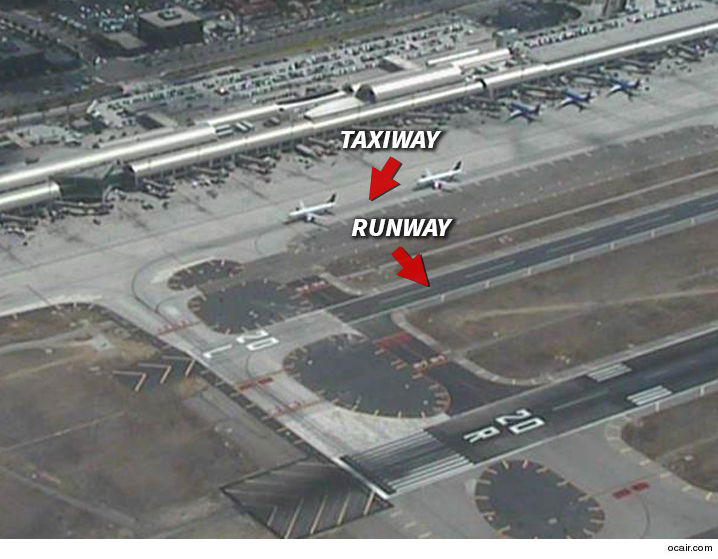 Harrison Ford will not know his flying fate for weeks and maybe a lot longer, because the FAA is severely backlogged.

TMZ has confirmed ... Ford landed on a taxiway Monday at John Wayne Airport in Orange County, thinking it was the proper runway.

Sources familiar with the situation tell us ... the situation does not pose "an immediate danger" and the FAA is understaffed and backlogged.

As we reported, Ford flew over an American Airlines Boeing 737 that was on the taxiway before touching down. He seemed confused, asking the tower, "Was that airliner meant to be underneath me?"

If Ford thought he was landing on an active runway, we're told standard procedure would be to abort because the other aircraft could well be preparing for takeoff and could slam into the smaller plane.

The weather conditions were partly cloudy at the time 74-year-old Ford landed, but he could definitely see the runway and taxiway. By the way, the taxiway is unmarked, in sharp contrast to the runway.

People at various airports tell us Ford is an excellent and careful pilot.

And another source says this...

Depending on what the FAA investigation concludes, Ford could receive a warning letter, or his license could be suspended.

Ford has been involved in a series of crashes and near-crashes while flying aircraft. In 2015, he crash-landed a World War II-era airplane on a Santa Monica, California, golf course after the engine failed. He also crash-landed a helicopter in 1999 during a flight lesson in Ventura County, California. And in 2000, Ford's six-seater Beechcraft Bonanza scraped the runway during an emergency landing at Nebraska's Lincoln Municipal Airport.

But Ford is revered as an excellent pilot in aviation circles. He has been inducted by the Kiddie Hawk Air Academy as a Living Legend of Aviation.