From the Boston Globe...

Sarah Sellers — née Sarah Callister — is a 26-year-old full-time nurse working in anesthesiology at Banner Health Center in Arizona, her husband, Blake Sellers, told the Globe in an interview on Monday.

The Boston Marathon was just Sellers’s second marathon. The first was the Huntsville Marathon in Utah, which she ran as a qualifier for Boston and won, her husband said. 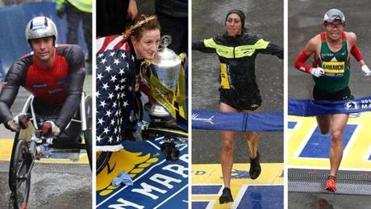 From the wheelchair division to the elite runners, here’s a look at winners and results from Monday’s rainy Boston Marathon.

She didn’t know that she placed second in the Boston Marathon, he said, until someone informed her after she crossed the finish line.

“Someone had to tell her, and she still didn’t believe them,” he said.

In an interview with the Globe, Sarah Sellers said the whole thing felt “surreal,” and that she at first didn’t think she actually came in second overall.

“I didn’t even know it was a possibility,” she told the Globe. “I was trying to ask officials what place I was in. I had no idea when I crossed the finish line.” 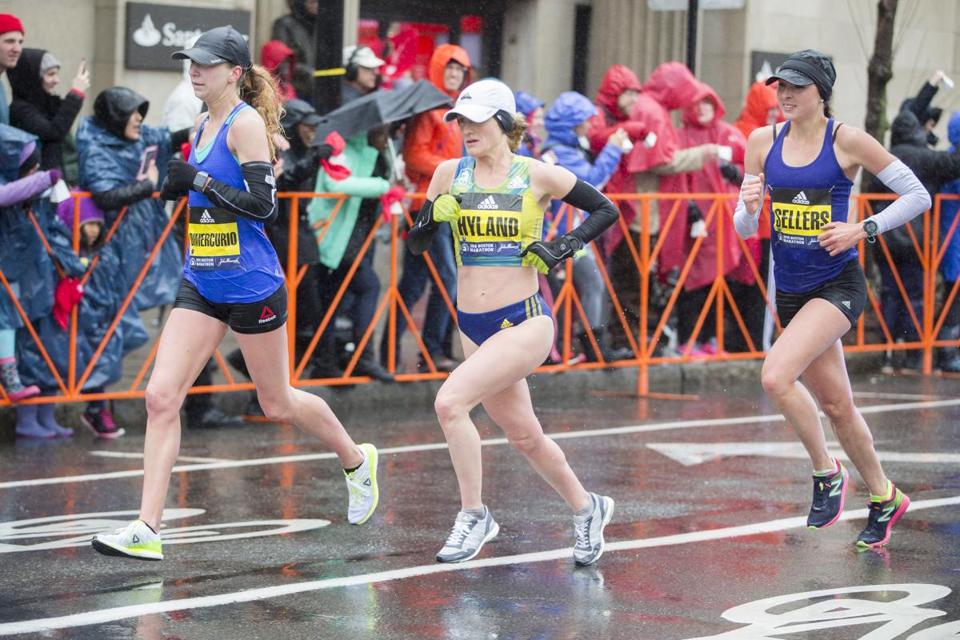 Sarah Sellers (far right) during the Boston Marathon in Brookline. Also pictured are, from left, Nicole Dimercurio and Rachel Hyland.

Sellers qualifies for the prize money — which, for second place, is $75,000, a Boston Athletic Association official told the Globe Monday night.

“Best case scenario going in, I thought I would maybe win enough money to cover the trip out here,” she said. “I had no anticipations of winning $75,000.”

So how does she plan to spend the money?

“I don’t even have any plans yet. I had no idea that was even a possibility,” she said. “My husband and I both just finished graduate school, so hopefully we’ll be able to put a dent in our student loans.”

Sellers plans to go back to work in Arizona on Wednesday, and laughed when she was asked if she planned on quitting her job to focus on running full-time.

“I definitely will plan on working,” she said. “I love working as a nurse anesthetist. It does make training a little bit challenging, but long term, I love both, and I wouldn’t want to give up working right now.”

Blake Sellers said he accompanied his wife to Boston — as well as her parents and her brother, who also ran the marathon — and saw her shortly after she finished.

“She was in disbelief,” he said. “It is quite an accomplishment. I was amazed.”

He said that his wife has been waking up at 4 a.m. to get in her training runs before working full shifts at the medical center.

Sarah was a long distance runner as an undergraduate student at Weber State University in Ogden, Utah. Blake said Sarah was hoping to place in the top 15 of the Boston Marathon and to qualify for the Olympic trials. 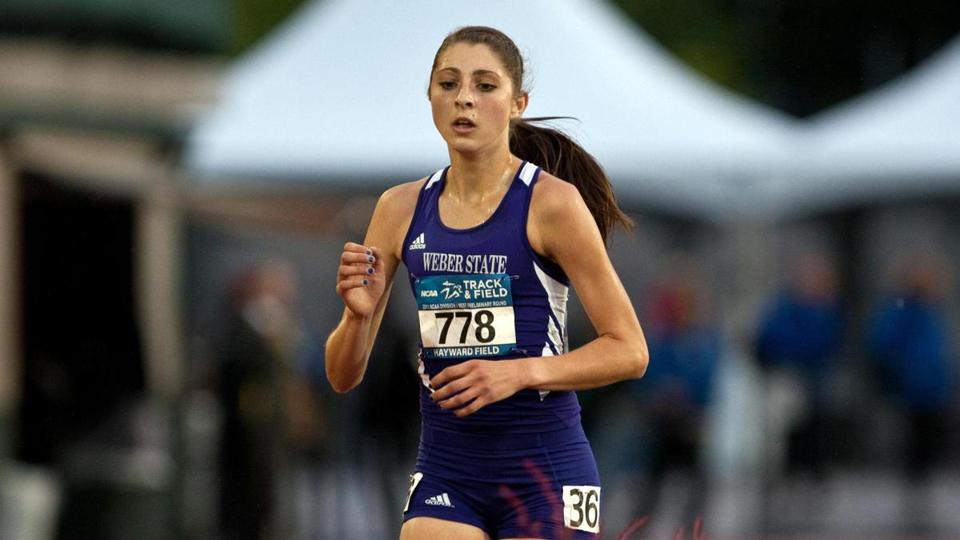 Her college running coach, Paul Pilkington, said Sarah overcame another obstacle: As a senior about five years ago, she broke a bone in her foot.

“It was really slow to heal,” Pilkington said. “It took her three years to get healthy again after that break.”

Sarah herself acknowledged that after her foot injury, she didn’t run a step for a whole year.

“When I did start running again, it was during grad school” at Barry University in Florida, she said. “I was doing a lot of hours with clinicals and studying, so I wasn’t really training, just running for fitness.”

Meanwhile, Pilkington said that as an undergrad, Sarah ran 32:51 in the 10,000 meters, “which is a good collegiate finishing time.”

“The one thing about her college career, that I was upset as a coach, is she should have been an NCAA All American, but she had a broken foot,” he said.

“That’s one of the things about her — she’s really mentally tough, which I think really helped her under today’s conditions in Boston,” he said. “She sent me a text saying she won the hypothermia bowl today,” he added, laughing. “I just spoke to her on the phone. She said, ‘I think I’m going to wake up and find out this didn’t happen.’”

She had a 4.0 GPA in college, and majored in nursing, according to the school.

According to The Running Shop in Tucson, Sellers popped by in February to buy her running shoes before the race.

The pair she ended up buying? New Balance 1400s — for a relatively low price of about $90, according to Geoff Schmidt, a shoe fit specialist at the store.

Lucas Tyler, a manager at the shop, said Sellers was very nonchalant while talking about prepping for the Boston Marathon.

“She made a comment that she was going to Boston, but she kind of made it sound like she was just going to run Boston, that this wasn’t a huge deal,” Tyler said. “She said 2:45 [two hours and 45 minutes] was her PR [personal record], and in the past, with 2:45 you have been able to place pretty well in Boston. We were like, OK, what is she talking about? I mean, 2:45 is fast.”

Tyler also said that Sellers appeared to take training very seriously, but her tone was light in the store.

“She was very casual about it, not in your face bragging,” he said. “She was just excited about going out and running.”

And as her story rocketed around the Internet on Monday, Sellers said she was still in shock.

“I don’t consider myself any sort of running icon, because I’m not,” she said. “I’ve done nothing notable up to this point.”

However, she said she could understand why so many people could relate to her triumph.

“I think my story probably resonates with a lot of people that work really hard and have big goals,” she said. “I think it’s cool to show that sometimes, you can have a great day and things can pay off.”