Sticking to a specific diet can be really tough, and a new study confirms this also applies to vegetarian and vegan diets. A new survey from Waitrose Food, a supermarket company, finds more than half of those who call themselves a vegetarian or vegan admit they eat meat sometimes. The survey also found that 60 percent of vegans and 40 percent of vegetarians said they adopted their lifestyles in the last five years, as it has become increasingly trendy. Still, only two percent of both groups say they adopted their lifestyle because it was fashionable. Some survey respondents admitted they choose to be vegetarian only on weekdays, some said they're only a strict vegan or vegetarian when they're sober, and some said they eat meat only on "special occasions."  Maybe like a ball game??? 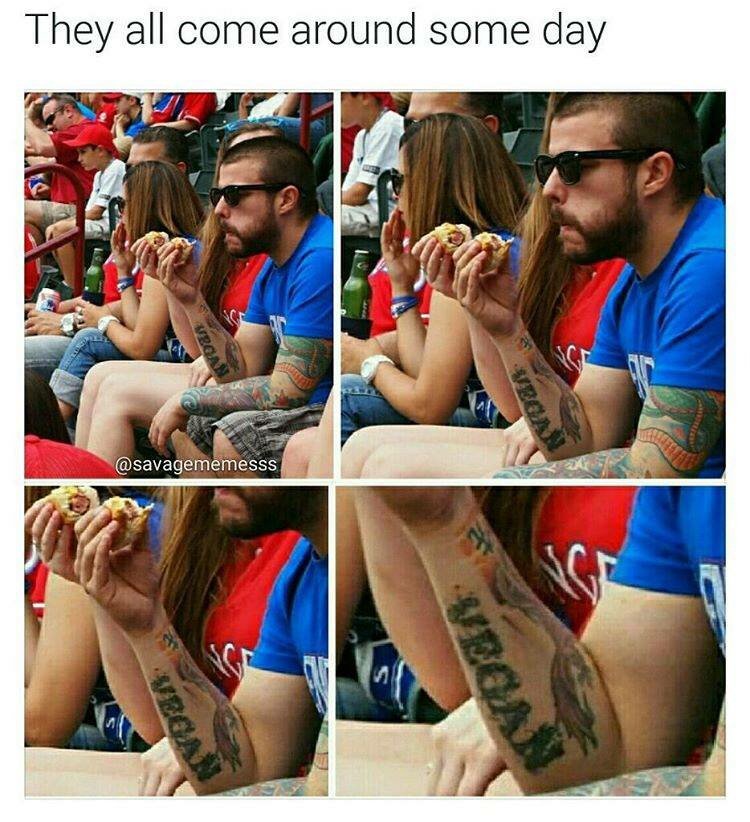