At least 22 people were killed by a tornado in Alabama yesterday afternoon (March 3rd), one of several twisters that hit the Southeast as part of a severe storm system. Lee County Sheriff Jay Jones said he believes the death toll may rise from the tornado that struck the rural community of Beauregard, which the National Weather Service says was at least a category F3 and had a track at least a half-mile wide. Other tornadoes struck around the southeast region, where tornado warnings were posted across parts of Alabama, Georgia, Florida and South Carolina yesterday afternoon, but there were no other reported deaths. 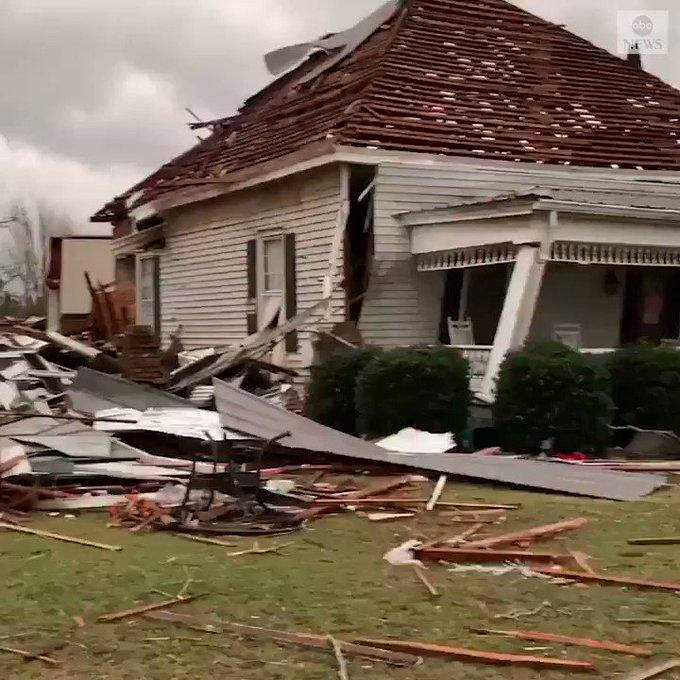 Video shows destruction in Beauregard, Alabama after tornado leaves at least 14 people dead, according to officials in Lee County. https://abcn.ws/2TpWSBn

325 people are talking about this

#Tornado disaster: Police in Lee County, #Alabama now confirm at least 22 people have been killed after multiple #tornadoes hit the region. With fears that death toll could rise. Latest on #7News @ 4pm & 6pm.

46 people are talking about this