Top-ranked LSU downed Number 3 Clemson 42-25 in the College Football Playoff national championship game last night to win their first national title since 2007 and fourth overall, and completing an undefeated season before home state fans in New Orleans' Superdome. Leading the team was senior quarterback Joe Burrow, this year's Heisman Trophy winner, who threw five touchdown passes and ran for another score. Burrow's five TD passes and 463 yards passing were the most for a BCS or College Football Playoff title game, as were his six total touchdowns. He also set a new FBS single-season record with 65 touchdowns, topping the old one of 63. Dude's pretty good...

- Most Pass TD in a season in FBS history

- Most TD responsible for in a season in FBS history

- Most TD responsible for in a BCS/CFP title game 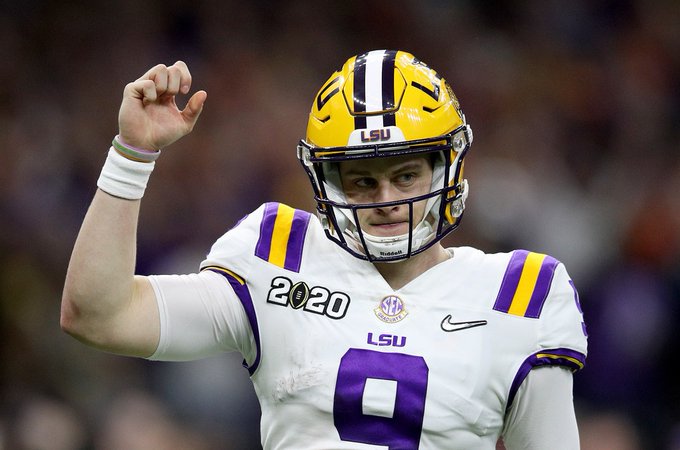 And, yeah, fans are pumped