The Los Angeles Lakers held their first practice Wednesday (January 29th) since the death of Lakers' great Kobe Bryant on Sunday, after their scheduled game on Tuesday was postponed. Coach Frank Vogel said of the tragedy's effect on the team, "It's just strengthened what we've felt all year about our current group, which is we've become a family in a very short time." The practice ended with a group huddle that included VP of basketball operations and general manager Rob Pelinka, Bryant's longtime agent before Pelinka joined the Lakers and one of Bryant's closest friends and godfather to 13-year-old Gianna, who died in the crash with her father. The Lakers' next scheduled game is Friday at home at the Staples Center.

Bryant's wife,Vanessa Bryant, made her first public comments yesterday. In an Instagram post with a photo of her, Kobe and their four daughters, she thanked the millions of fans who've shown support, and announced a fund to help support the families of the other seven people killed in the helicopter crash. Saying, "There aren't enough words to describe our pain right now," she wrote, "I take comfort in knowing that Kobe and Gigi both knew that they were so deeply loved. We were so incredibly blessed to have them in our lives. I wish they were here with us forever. They were our beautiful blessings taken from us too soon." She said, "I'm not sure what our lives hold beyond today, and it's impossible to imagine life without them. But we wake up each day, trying to keep pushing because Kobe, and our baby girl, Gigi, are shining on us to light the way." She also asked for "respect and privacy" as they, quote, "navigate this new reality."

Doorbell Cam Captured Sound of Helicopter Crash:A local resident's doorbell cam captured the sound of Bryant's helicopter crashing into a hillside in Southern California. Ronna Leavitt gave the 43-second clip to investigators, in which the helicopter can be heard flying above the housing complex where she lives, and then a thud followed by silence.(See tweet below)

NHL's Kings Honor Kobe:The NHL's Los Angeles Kings honored Bryant at their game last night at the Staples Center, the first sporting event at the arena that's also home to the L.A. Lakers since Kobe's death. All the Kings players showed up wearing Kobe Bryant jerseys, and both the Kings and their opponents, the Tampa Bay Lightning, wore tribute stickers on their helmets. There was a pregame video tribute, and a 24-second moment of silence, for Kobe's jersey number.

Ronna Leavitt lives near the crash site where #KobeBryant and eight others were killed. She says this @ring video from her home captured the audio of the helicopter in its final moments.

She says the helicopter flew above her housing complex before crashing. @ABC7 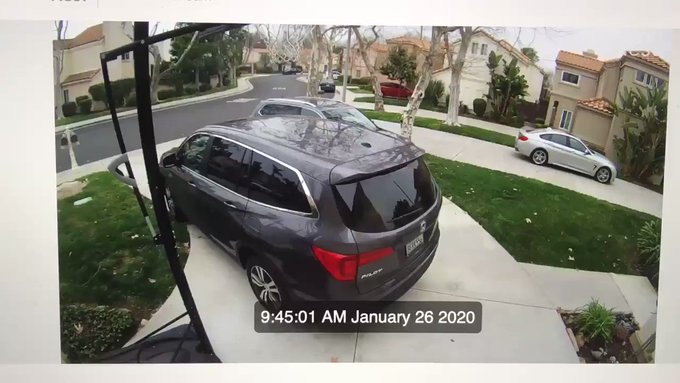 634 people are talking about this

Los Angeles Lakers coach Frank Vogel said his heartbroken team would aim to honor the memory of Kobe Bryant, who died along with his daughter and seven others in a helicopter crash https://reut.rs/2uIONNk 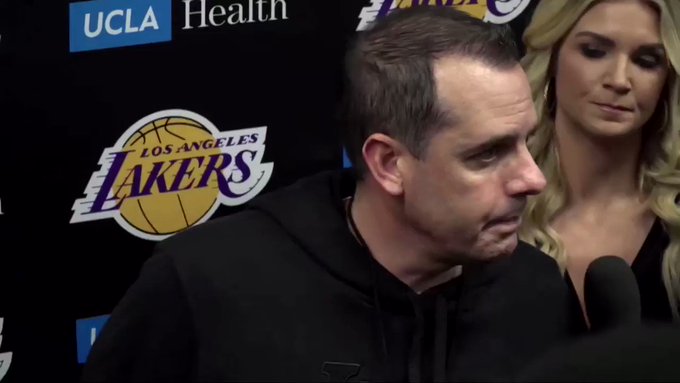 23 people are talking about this

In the first sporting event at the Staples Center since the tragedy, the @LAKings honored Kobe Bryant, his daughter Gianna and all those who perished on Sunday with 24 seconds of silence. 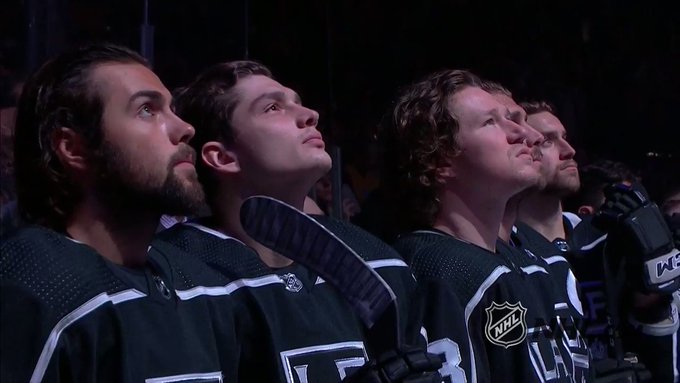 362 people are talking about this