Everyone (and even pets) may be wearing masks in China because of the coronavirus, but not because of pollution. Satellite images have shown a dramatic decline in pollution levels over China, which is "at least partly" due to an economic slowdown prompted by the coronavirus, US space agency Nasa says.

Nasa maps show falling levels of nitrogen dioxide this year. It comes amid record declines in China's factory activity as manufacturers stop work in a bid to contain the coronavirus. China has recorded nearly 80,000 cases of the virus since the outbreak began. It has spread to more than 50 countries but the vast majority of infections and deaths are in China, where the virus originated late last year.

Nasa scientists said the reduction in levels of nitrogen dioxide - a noxious gas emitted by motor vehicles and industrial facilities - was first apparent near the source of the outbreak in Wuhan city but then spread across the country. NASA compared the first two months of 2019 with the same period this year.

The space agency noted that the decline in air pollution levels coincided with restriction imposed on transportation and business activities, and as millions of people went into quarantine. "This is the first time I have seen such a dramatic drop-off over such a wide area for a specific event," Fei Liu, an air quality researcher at NASA's Goddard Space Flight Center, said in a statement.

She added that she had observed a decline in nitrogen dioxide levels during the economic recession in 2008, but said that decrease was more gradual. NASA noted that China's Lunar New Year celebrations in late January and early February have been linked to decreases in pollution levels in the past. But it said they normally increase once the celebrations are over. "This year, the reduction rate is more significant than in past years and it has lasted longer," Ms Liu said. "I am not surprised because many cities nationwide have taken measures to minimize spread of the virus." 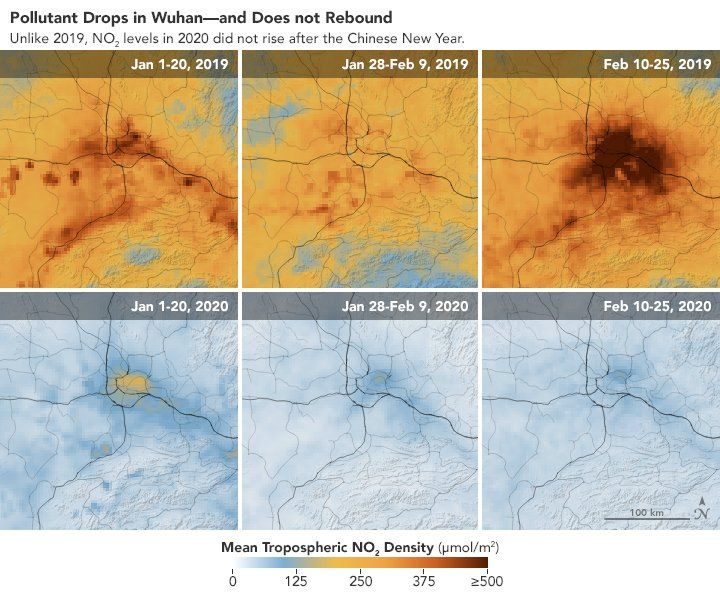 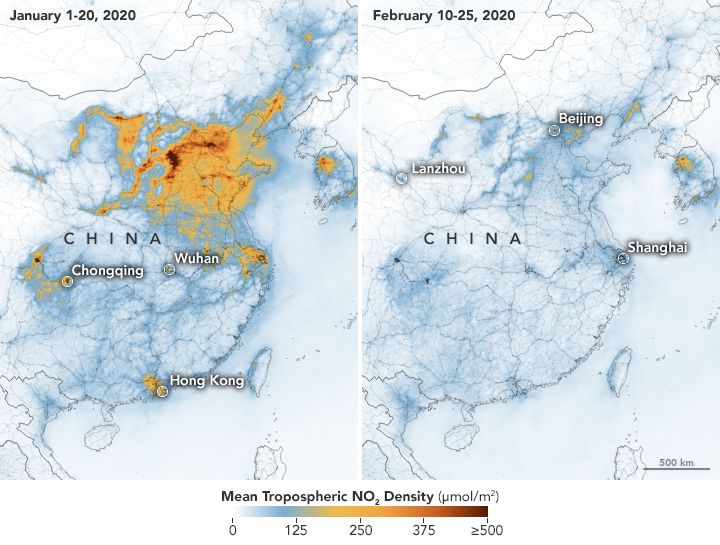