Kaleb Wesson is on the Big Ten’s second team for both the coaches and the media. Joining Wesson on the second team between both the media and coaches selections are Michigan’s Zavier Simpson, Michigan State’s Xavier Tillman, Minnesota’s Daniel Oturu, Illinois’ Avo Dosunmu, and Maryland’s Anthony Cowah, Jr. 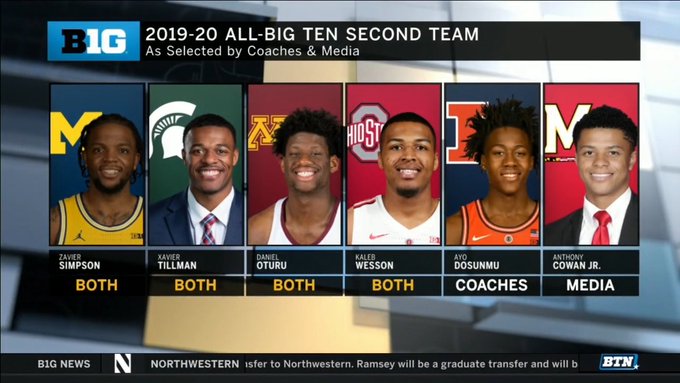 It’s the second-straight year Wesson has been honored. He was recognized as honorable mention all-conference last season but improved his body and all-around game after flirting with leaving early for the NBA last year.

This season, Wesson almost averaged a double-double, scoring 14.0 points and pulling down 9.3 rebounds per contest. He also dramatically overhauled his outside shooting, nailing 42.5% of his 3-point attempts.

No other Ohio State player was recognized by the Big Ten