Some 10,000 people in Michigan were forced to evacuate from their homes Tuesday (May 19th) after two dams were breached due to flooding after several days of heavy rain in the Midwest. A flash flood watch was issued for locations along the Tittabawassee River after the breach at the Edenville Dam and the Sanford Dam.Governor Gretchen Whitmer said the threat was particularly serious for the city of Midland, saying its downtown could potentially, quote, "be under approximately nine feet of water."

DAM BURST: Residents who live along two lakes and a river in Michigan urged to evacuate after dam fails following days of heavy flooding across parts of the Midwest. https://abcn.ws/2AKzgjc 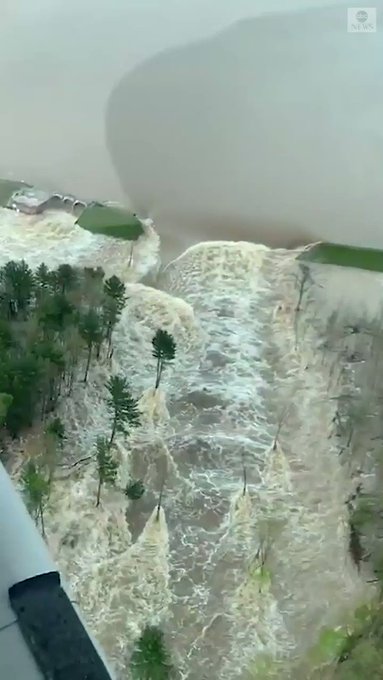