After a noose was found Sunday (June 21st) in the garage stall of Bubba Wallace, NASCAR' s only Black driver, at Talladega Superspeedway, the other drivers came together Monday to show unity in support of him. Before yesterday's race at Talladega, which had been delayed from the day before because of rain, the 39 other drivers and their crews pushed Wallace's car to the front of the field. An emotional Wallace got out of his car and cried. Additionally, 82-year-old Hall of Fame driver Richard Petty, for whom Wallace drives, stood next to him during the National Anthem. The FBI is investigating to try to find out who left the noose, an incident that happened less than two weeks after Wallace successfully pushed NASCAR to ban the Confederate flag at races.

Show of support for Bubba Wallace:

After a noose was found in his garage stall last night, @NASCAR drivers show their support for @BubbaWallace at Talladega. #IStandWIthBubba 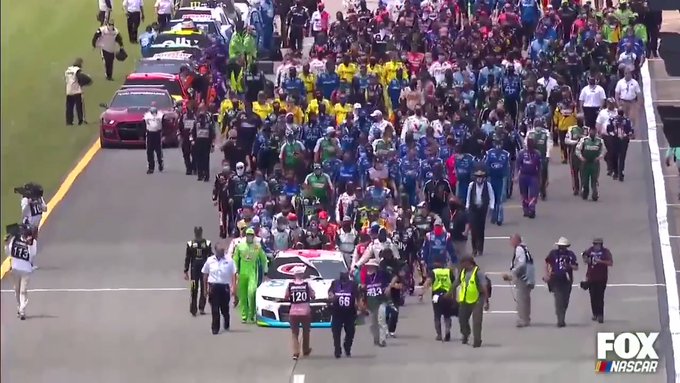 13.4K people are talking about this 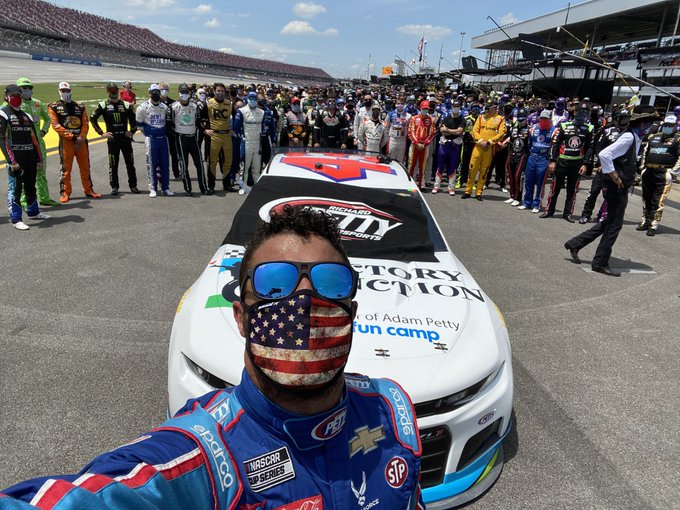