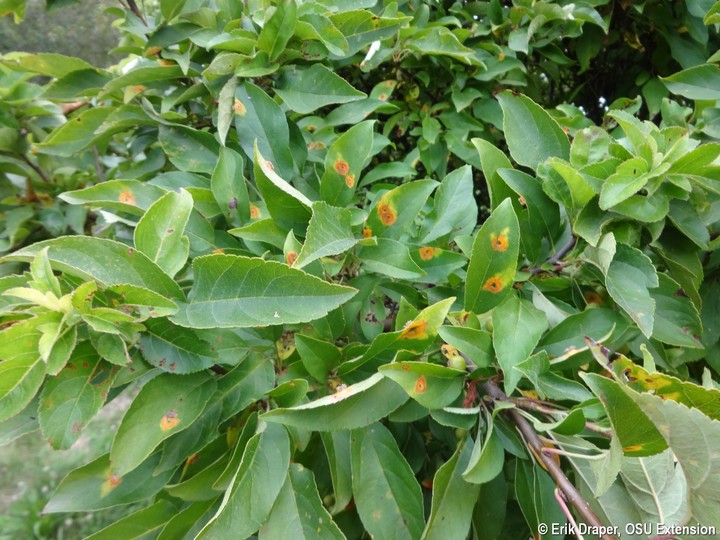 As I was strolling through the crabapple fields in Wooster at Secrest Arboretum, I began to notice that something was significantly different than the last time that I had evaluated the trees. Since I was evaluating the trees for apple scab, it suddenly struck me that I was also looking at a lot of polka-dot covered trees! What in the world was going on? As I looked closer at the foliage, the thing that stood out the most were the number of yellow-orange dots. 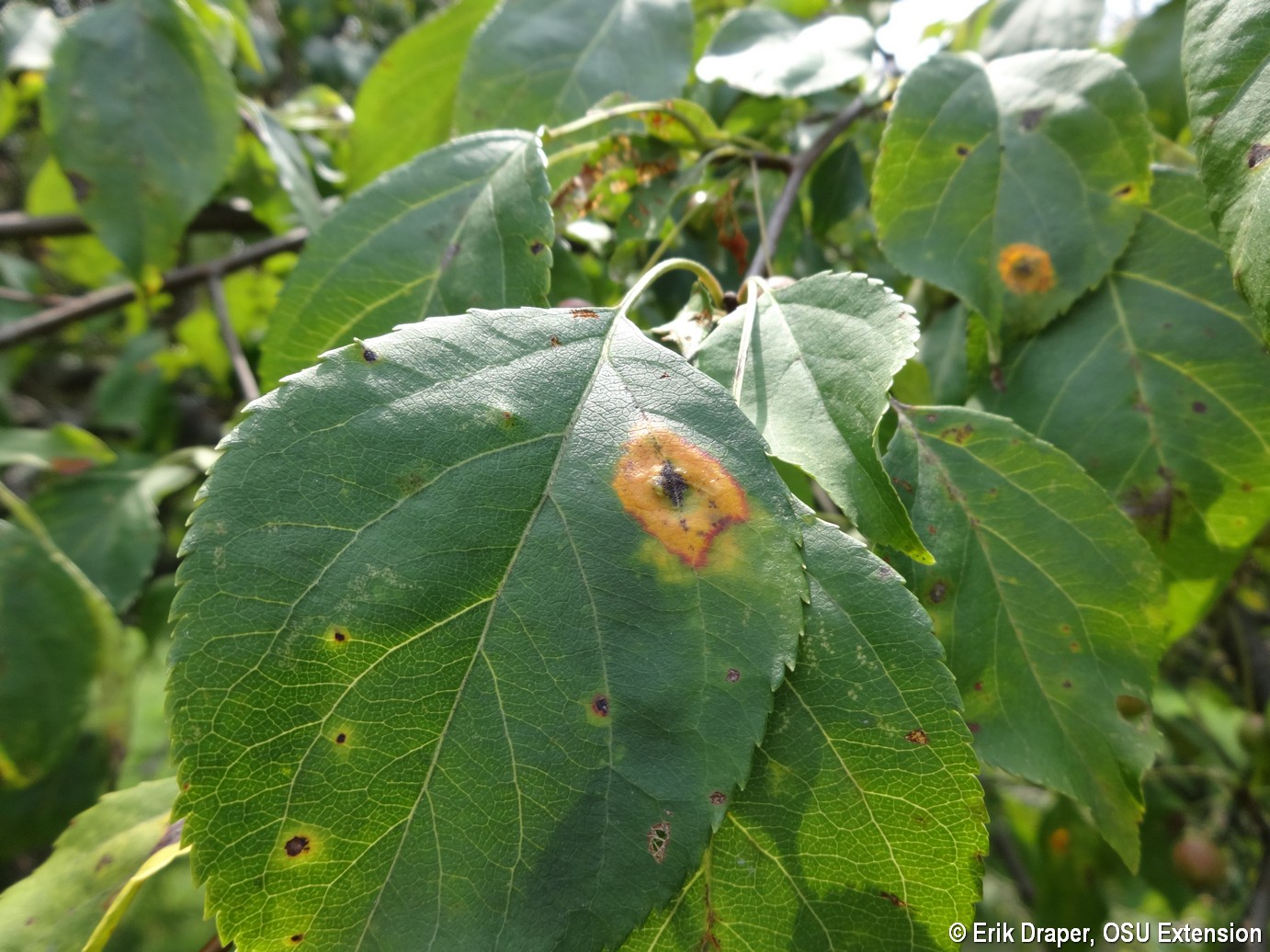 Well if that wasn’t intriguing enough, a few trees down the row I ran into a tree that had red polka-dot lesions that looked like someone had kissed the leaf with red lipstick on! This threw me back to the time that Joe Boggs showed Jim Chatfield and me a picture of a crabapple that had these bright red lesions all over the leaves. We told Joe that he had photoshopped the pictures to try and fool us because we had NEVER seen anything similar in our crabapple plots… GREAT, now we’ll both have to admit that Joe was correct… and he will NEVER let us forget it! 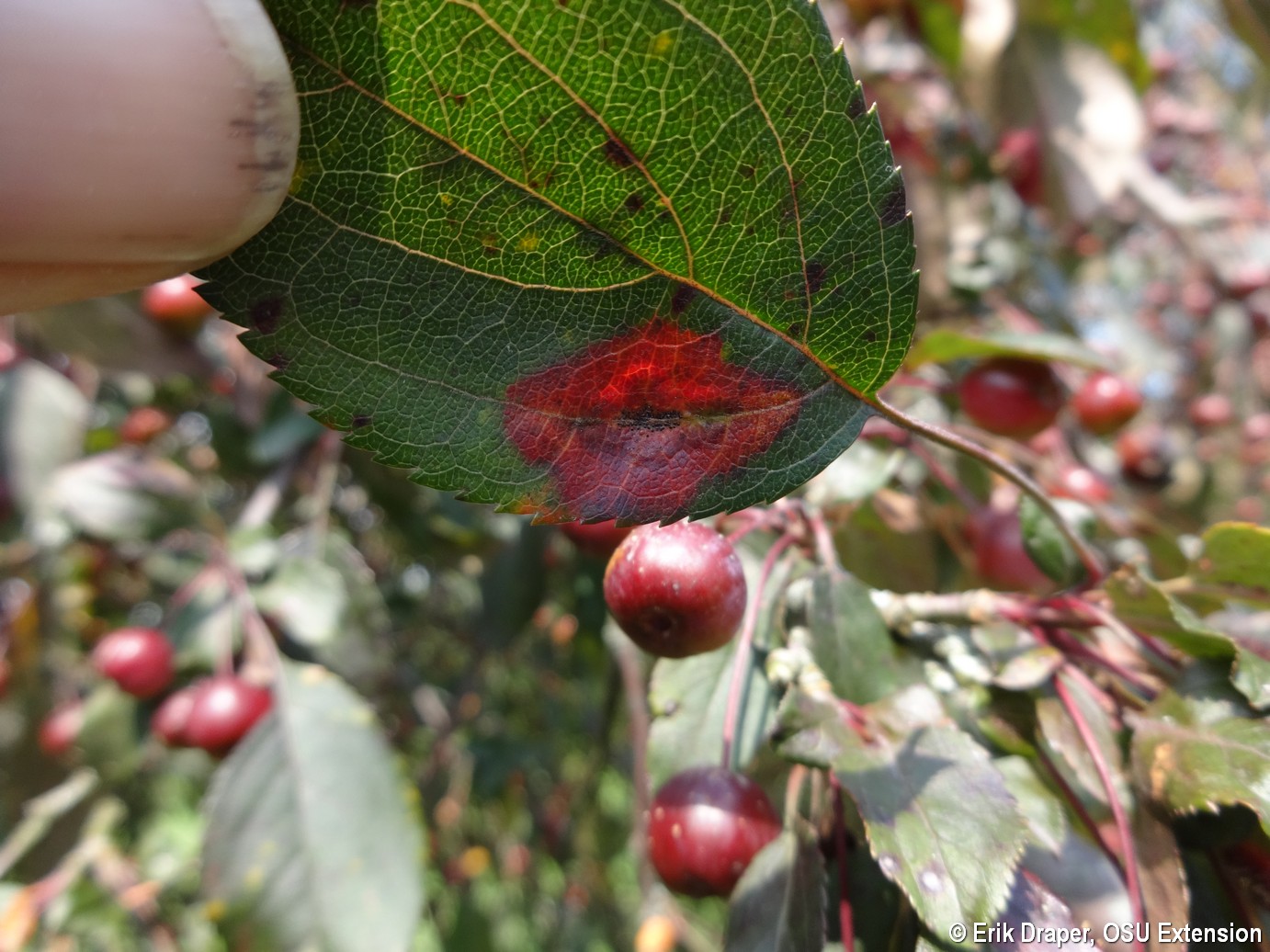 Do you know what caused the polka dots to appear? Cedar-Apple Rust, pathogenGymnosporangium juniperi-virginianae! The teliospores released from the very cool, orange, gelatinous gall on junipers, landed on the crabapples and infected the leaves. These infections created the red “lipstick” rust lesions on certain crabapple taxa and produced just the simple, plain yellow-orange polka-dots on others. The aeciospores released from these crabapple leaf infections, may return and blow back to infect the junipers to start the cycle all over again. Both of the hosts, Eastern Red Cedar (Juniperus virginiana) and a member of the rose family (apple, crabapple, hawthorne, etc.) are needed for the fungus to complete its life cycle. 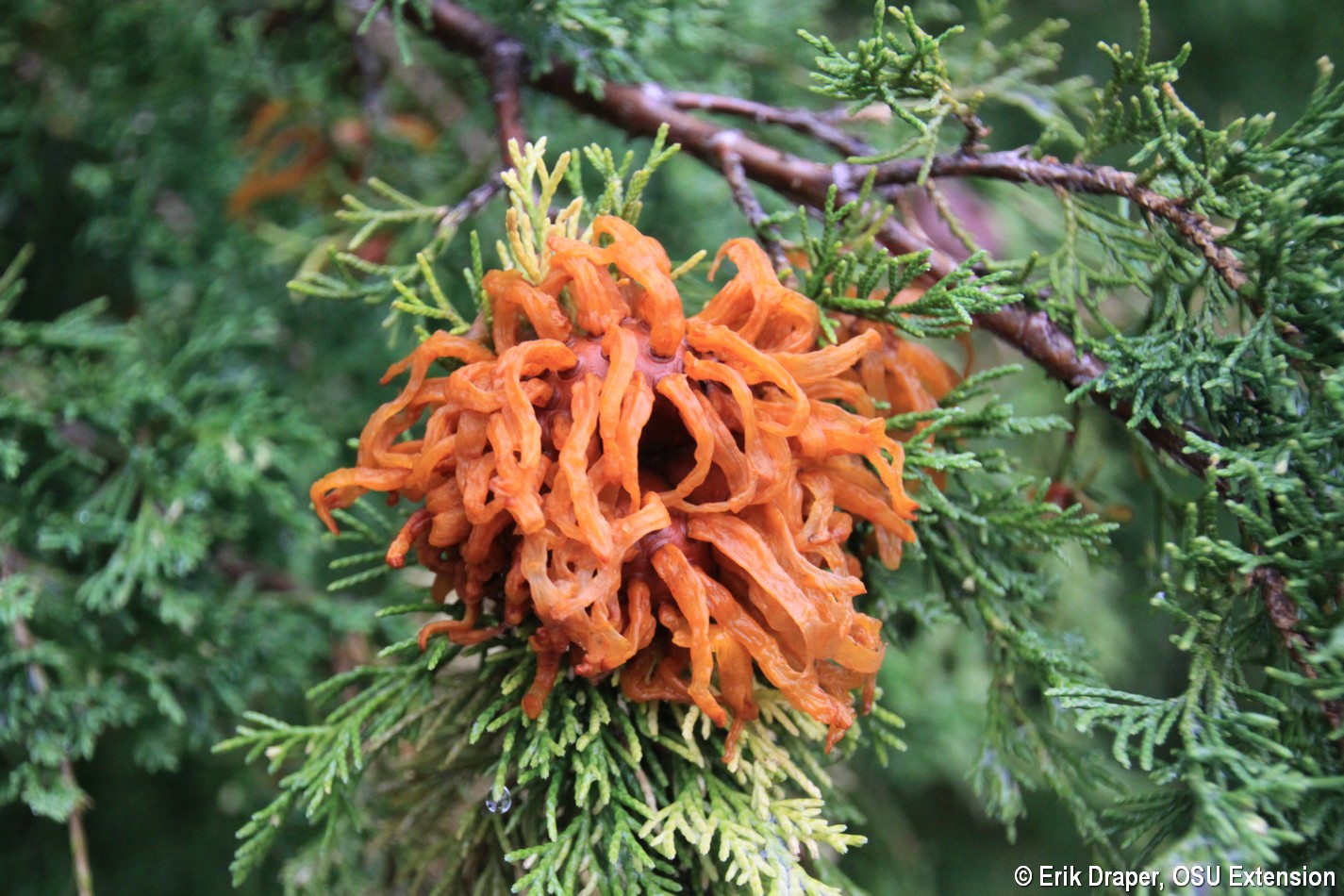 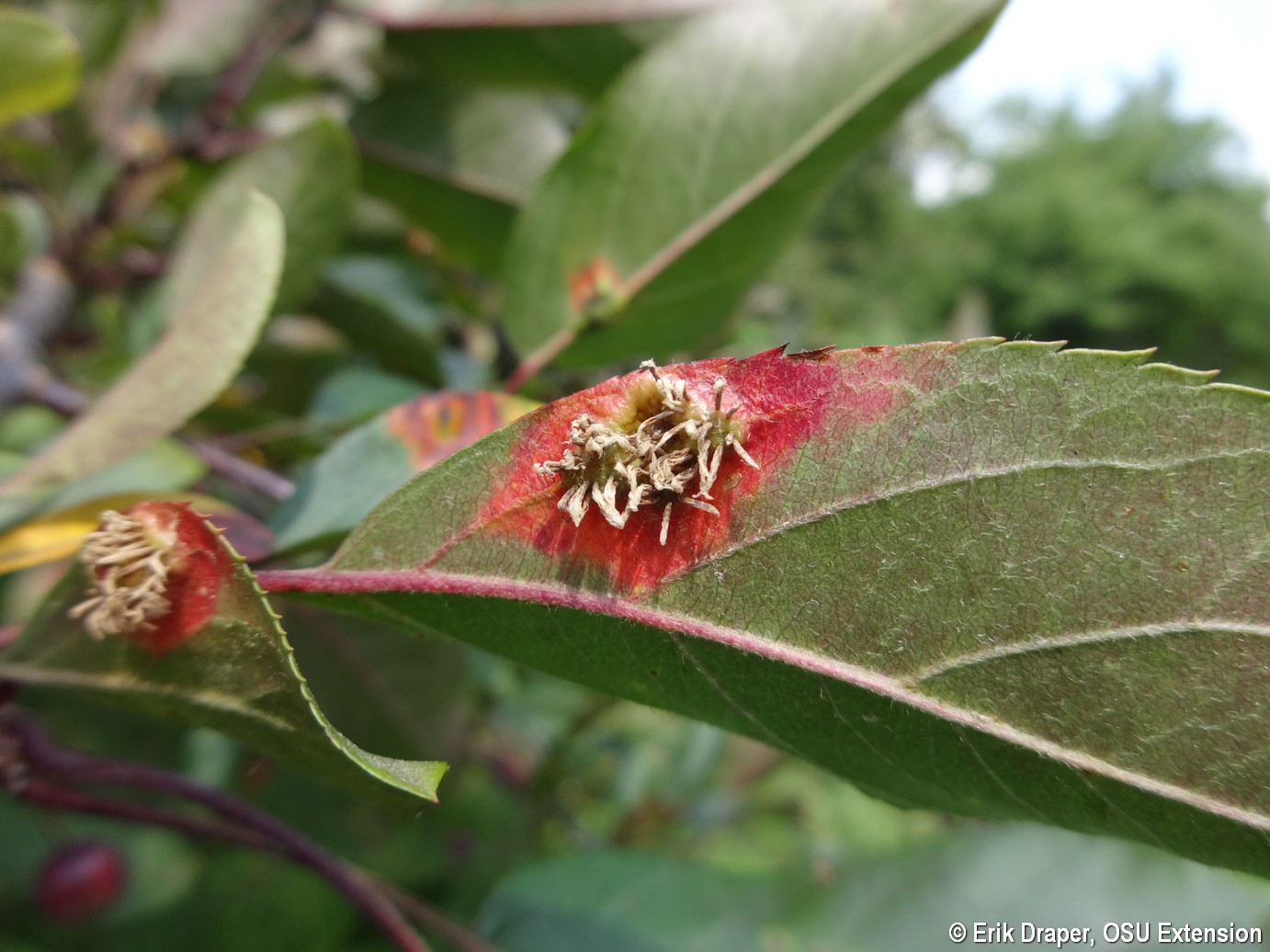 The real intriguing questions for us Crabarians are why are the lesions on certain crabapples showing up as red lipstick rust marks or plain yellow-orange polka-dots on others; additionally, what triggered this phenomenal display of cedar-apple rust lesions on crabapples this year? In a given year, we might see a couple of rust lesions on specific taxa, like ‘Brandywine’, but we have never seen anything like what is being observed this year! Like Alice in Wonderland said, "Curiouser and curiouser..." 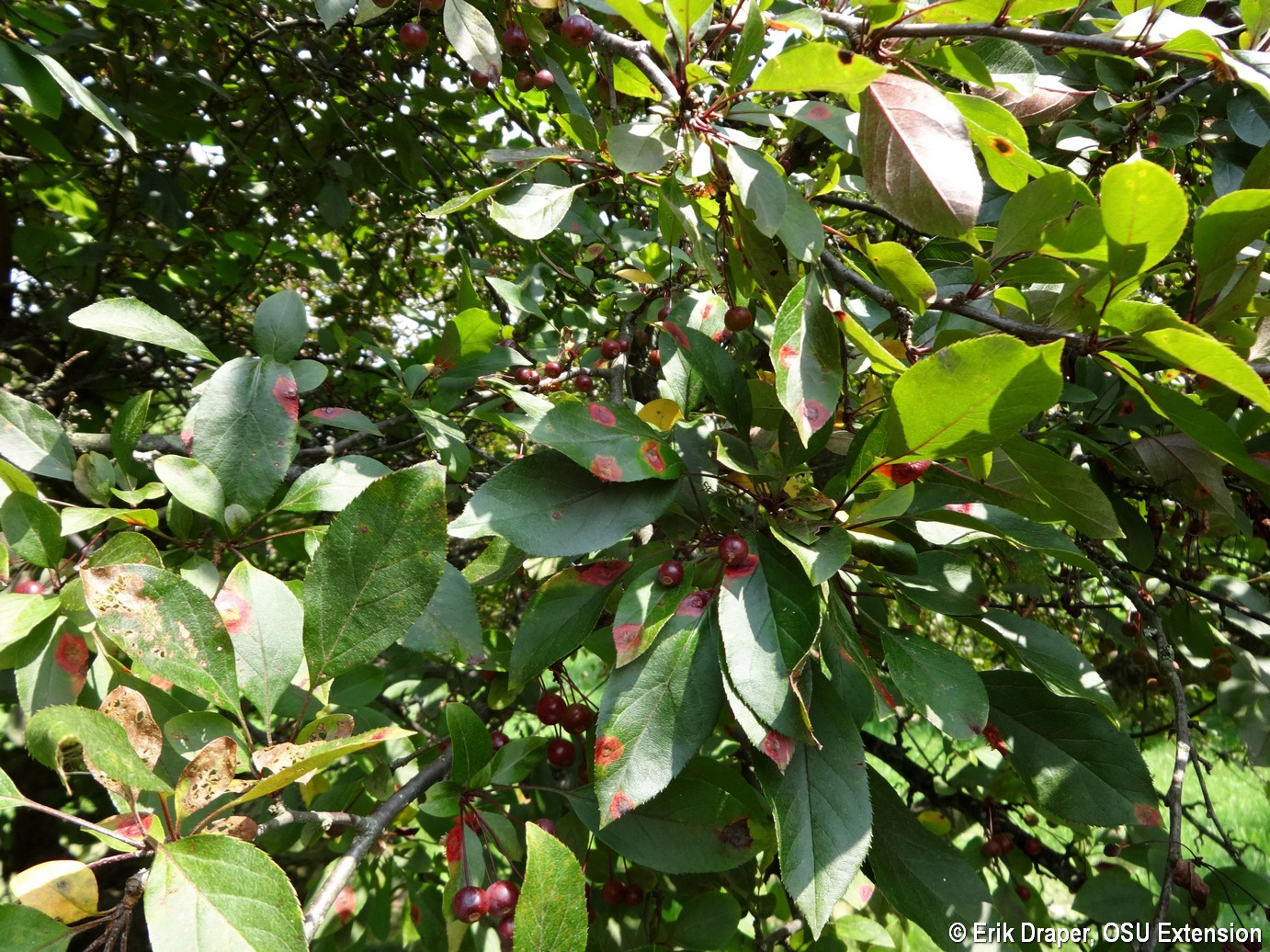