RUSH: I have been commenting all week on what I thought was just the strangest inauguration that I've ever seen. And each day new things become aware, or I become aware of them. And it just adds even more weight to the impressions that I have recorded and have about this.

On the one hand, we're told to believe that the American people hated Trump, the American people wanted Trump gone. Never mind that 74 million, 75 million people voted for him. And that the unity agenda of Joe Biden, everybody's embracing that. And yet there weren't any Americans there. They weren't permitted. They weren't allowed anywhere near this inauguration for unity.

Why not? Well, I will tell you why not. I have a piece here in the New York Post today by Glenn Reynolds. Glenn Reynolds, he's a columnist, he's a law professor, University of Tennessee. And he's quite informed. And he has a piece here, I have a slight disagreement with it. But that's not the point.

Let me give you a pull quote. He says, "Nothing says, 'This was a perfectly normal election, and now it's time to come together as a united nation,' like having your swearing-in behind 12-foot-high razor wire surrounded by 25,000 troops whose loyalty you doubt. That's what we witnessed at President Biden's inauguration on Wednesday: a grim testament to the fundamental insecurity and fragility of the re-ascendant liberal elite." 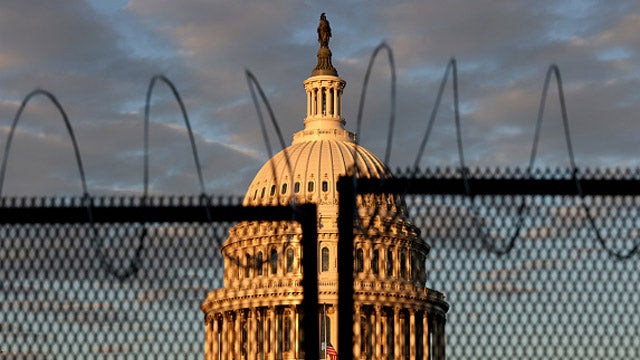 So Glenn thinks here that the reason all this happened -- the 25,000 National Guard troops, the 12-foot-high razor wire -- is 'cause they're scared. They're insecure. They're very, very fragile in their belief that they are legitimate victors, whatever. While that could be true, I have an alternate viewpoint. I don't necessarily subscribe to the fact that they are insecure.

It was to create the impression that they were already discussing that there might be another attempt to seize the Capitol like there was on January 6th. Trump supporters, don't you know, they can't be trusted! And they're lurking out there. And they are hiding in the deep, dark crevices around the Capitol. And they are waiting to just unload on the new president.

But we gotta be prepared.

So we can't have you here because you would be in danger. We need the National Guard here to create the illusion that you might be in danger. I think this was all an attempt to make it look like the government of the United States is under siege because of the deranged Trump voters. "Nothing says, 'This was a perfectly normal election, and now it's time to come together as a united nation,' like having your swearing-in behind 12-foot-high razor wire surrounded by 25,000 troops whose loyalty you doubt." 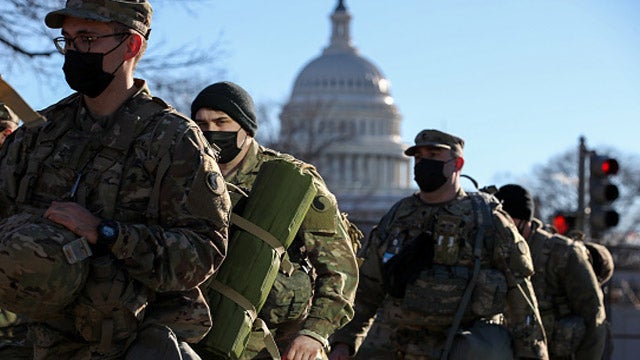 What are they insecure about?

And then, giving that these people are a bunch of authoritarians and totalitarians, what does insecurity have to do with it? Their insecurity just allows them to exercise even more control and even more authoritarianism, if you will. I think, again, that this was staging. I think it was an effort to make the American people think that Trump supporters and Trump himself, maybe (yeah, from way down there in Mar-a-Lago), might be secretly planning a plot to take over the United States during the immaculation of Biden.

That's the impression they wanted to create, and as they do that, they also create the impression of Biden as a very brave guy going ahead with this.

RUSH: So I got an email. I checked the email during the break.

"Dear Mr. Limbaugh: I think Glenn Reynolds is right and you may be not quite so right. (I would never say you're wrong, but you may be not quite so right.) I think the Democrats are insecure. I think they are fragile. They are so insecure with President Biden's win that they have had to literally censor or try to cancel or threaten everybody in this country who might mention or who might whisper or who might allude to the fact that the election was maybe not on the up and up. 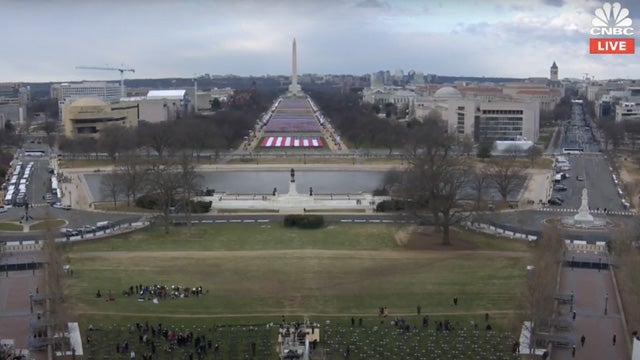 "And take a look at what you've often said. You've said, 'The left doesn't even want to talk about issues. They don't want to debate anybody.'" That's right. I've said that's because they don't think they should have to. They are authoritarians. There's no reason for them to enter the arena of ideas! There is no alternate point of view. There is their view of things, and that's it -- and if you don't subscribe, then, well, we've gotta talk about how to deal with you.

"People on the left, Mr. Limbaugh, cannot discuss an issue because they would lose in the arena of ideas. So they have to cancel us and censor the right, conservatives, from expressing opinion." That's a persuasive case. But I still say that this was a giant show, the razor wire and the National Guard. It was designed to make it look like that a domestic terror operation could begin at any time to deny Biden the presidency, deny the inauguration or what have you.

I think there's no question that that was an image or an impression that they wanted to create.