BRETT: Let's go to phones. I want to take this call. It's intriguing to me Alvin calling from Jerusalem. Are you in Jerusalem, Israel, right now, Alvin?

BRETT: Wow. Thank you for calling into the program. What's on your mind today, sir? 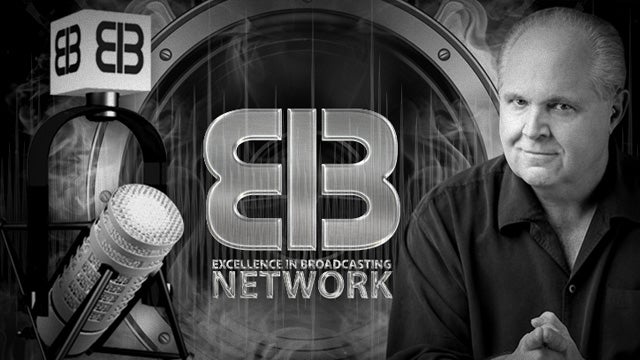 CALLER: I just want to share a quick thought with you, folks. You know, Rush has an audience in the tens of millions. A significant percentage of them listen to him three hours a day. If you consider that the average person who gets, let's say, eight hours of sleep a day, has 16 hours of wakeful time every day, that works up about 112 hours per week of wakeful hours. If you work out 15 hours out of 112 hours, they are giving to Rush almost 15% of their wakeful time. And this is, I think, in my opinion, an incredible testament to the measure of the man. I just thought it'd be interesting to share that with you.

BRETT: It is such a fascinating point, and that shows you how much of their connection there is on a daily basis, and we're just factoring in the broadcast time. When you have people who go back and listen to the content at Rush 24/7 or any of these other outlets -- podcasts, things like that -- that's an even greater amount of time. That is a true commitment. What does that say to about the testimony to this man, to this great broadcaster for all these years?

CALLER: I can't think of a single personality, individual, who has ever been able to hold an audience of any size, let alone the size of his audience, for that amount of time. It's just an incredible feat. It's phenomenal.

BRETT: It certainly is. We so appreciate you reaching out to us from so far away, Alvin. Our thoughts and best wishes to the people of Israel, you checking in from Jerusalem, and we appreciate you visiting with the audience today.

CALLER: Can I add a quick point?

CALLER: Yes. My son who connected us online to be on the Rush Limbaugh Show sent me a note, and I'd like to read it because I think it's important. He said, "Tell Kathryn I will never forget the lessons I've learned from Rush and do my best to pass them on." And I think this is actually very valuable because it's through sentiments such as this that Rush lives on. He lives on in all of us, through all of his audience. And my son's 28 years old, you know?

CALLER: So, again, a testament to the man, a small, little fact, but I think it's relevant, and I thought I'd like to share that with you.

BRETT: It's an incredibly important fact. We know for so many years Rush would take phone calls from people who talked about their Rush Babies and how they had raised these children to become adults who were conservative. That would put your son right there in that age-group, the notion of conservative values and strength and truth and honor. All of those things are so important and so rarely reinforced in the popular culture today.

CALLER: Correct, and he's internalized it. Thanks to Rush he has shared with his friends and the people that he comes in contact. He's confident, he knows how to argue the issues and he stays focused. He's not emotional. He gives the facts, and it's tremendously a tribute to Rush. I just thought I'd share.

I think there are many, many millions of people across this country -- and around the world, because we're global here on the Rush Limbaugh Show -- where people are able to, well, defend what they believe and defend what it is that's right. And that's why this program is so special and will continue for such a long, long time to come. Really remarkable stuff.