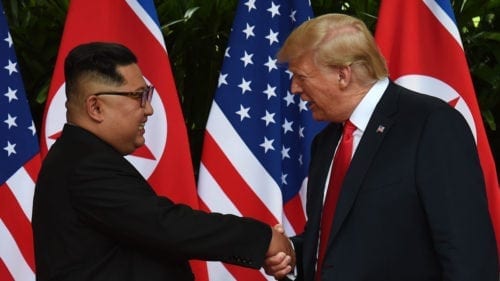 “President Donald J. Trump met with Kim Yong Chol for an hour and a half, to discuss denuclearization and a second summit, which will take place near the end of February. The President looks forward to meeting with Chairman Kim at a place to be announced at a later date,” the White House said in a statement.

This article originally appeared on The Sean Hannity Show