Former President George H.W. Bush is lying in state at the Capitol Rotunda after a solemn ceremony was held there yesterday (December 3rd) as his body arrived from Houston, following his death Friday (November 30th) at age 94. Dignitaries from across the political spectrum attended to honor the nation's 41st president, whose casket is resting on the Lincoln Catafalque, first used for Abraham Lincoln’s funeral. Vice President Mike Pence, Republican Senate Majority Leader Mitch McConnell and Republican House Speaker Paul Ryan spoke at the ceremony, and Senate Minority Leader Chuck Schumer and House Minority Leader Nancy Pelosi placed wreaths before the Rotunda was opened to the public. President Trump didn't attend the ceremony, but he and First Lady Melania Trump came in the evening to pay their respects, during which time Trump saluted the casket. Bush will lie in state in the Capitol for public viewing until Wednesday morning, with a funeral service to be held at Washington National Cathedral later Wednesday. His body will return to Houston for a private funeral service and burial on Thursday, when he will be laid to rest at his presidential library at Texas A&M University alongside his wife, Barbara Bush, who died in April, and their daughter Robin, who died of leukemia at age three in 1953. 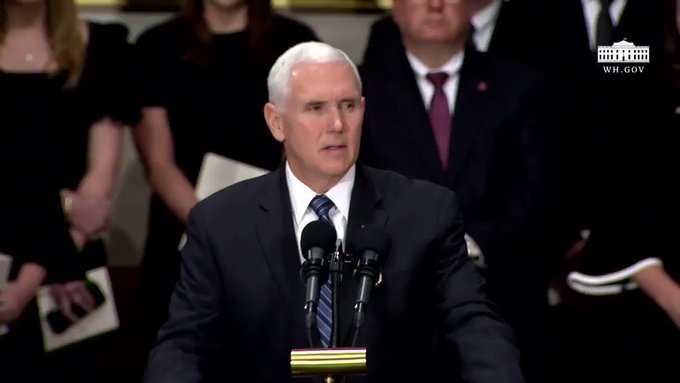 While he was known as the quiet man, it was not for lack of nerve or daring. For in all of his 94 years, President Bush never lost his love of adventure and never failed to answer the call to serve his country. #CAVU #Remembering41 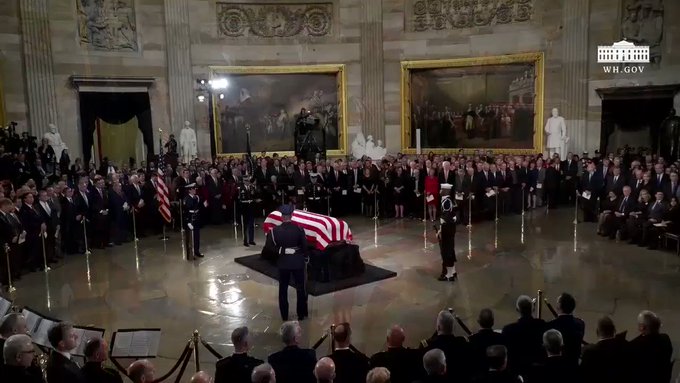 When President George HW Bush left office, he left America & the world more peaceful, prosperous & secure. He was a great leader who made a great difference in the life of this Nation. But he also was a good man who was devoted to his wife, his family & his friends. 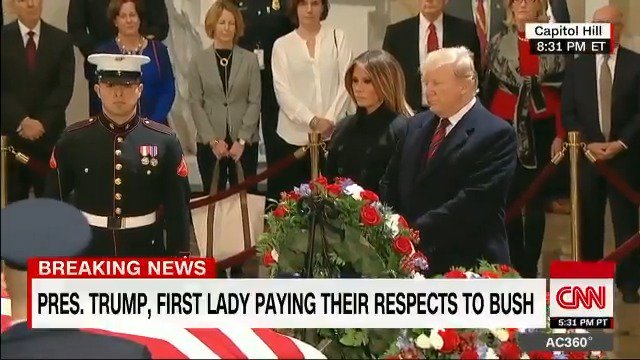 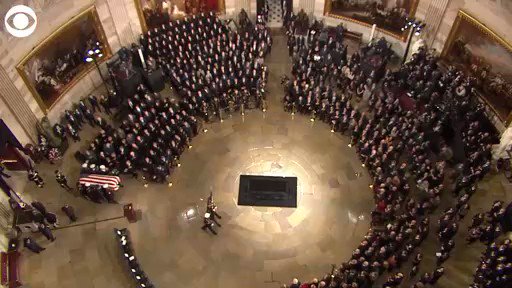 Former President George H.W. Bush is lying in state in the Capitol Rotunda. Mr. Bush's family, members of Congress and Vice President Mike Pence attended a service for the 41st president of the United States.  Here's a look at the ceremony.